The rain did not abate at the beach today as we began Day One, but Mark Harvey’s Productive Promises began with offering shelter to Labour MP Nanaia Mahuta in town for the by-election to support Poto Williams. 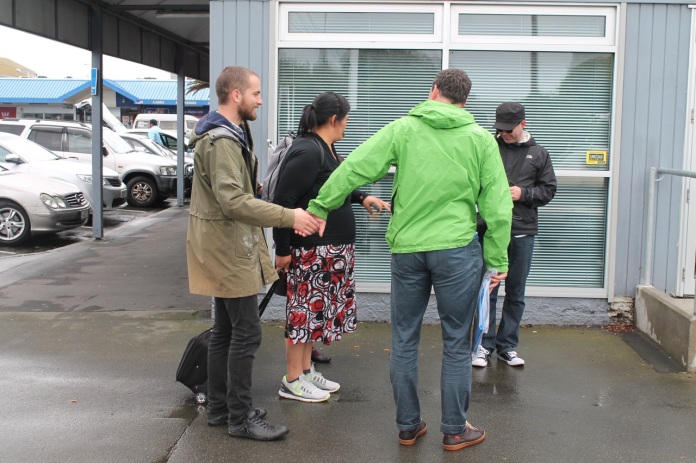 There are a lot of politicians around and we imagine they will grow as we do before the weekend.

Other actions on Productive Promises first morning have included moving rubbish off a private vacant lot into public space for the council to pick up at the bequest of a concerned citizen. 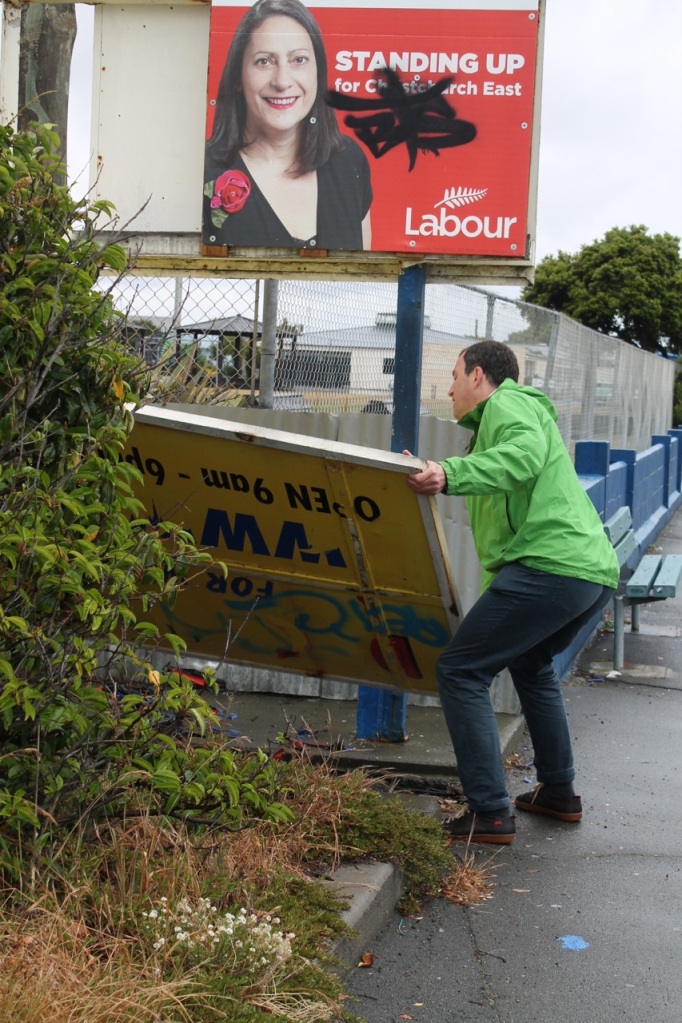 David Cook and Tim J Veling have been putting in the hours with University of Canterbury student help at Freeville School and our office shed (as of today now running off the grid on solar) and have been manhandling scaffolding to begin erection of the students work further down the mall. 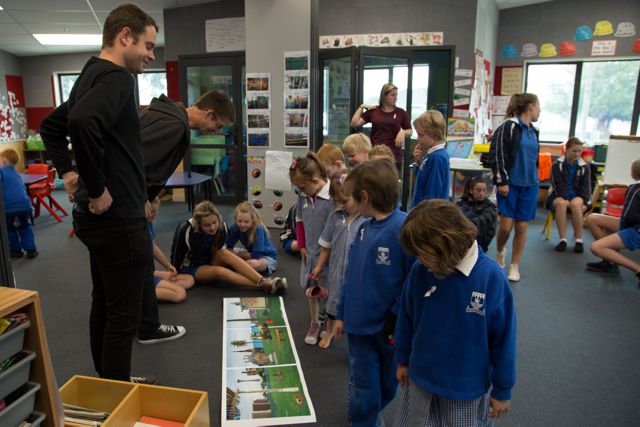 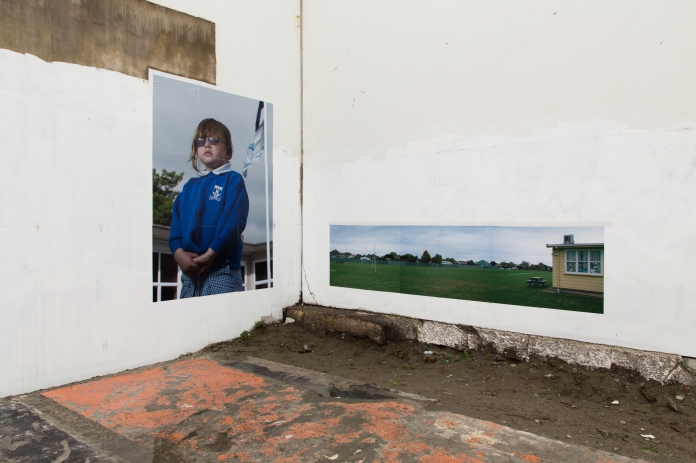 At lunch we had a great gathering of 25 to welcome artists Kim Lowe (New Brighton), Margaret Lewis (Auckland)  and Michelle Osborne (Auckland). All three gave presentations.

Margaret’s session involved creating a fence out of wool as a group whilst discussing the topic of the day Optimism Does Not Need a Permit. Useful sentiments in a patch of bad weather.

These are part of the gathering process for a zine and poster project to be produced and launched by Sunday on migrant settlers and creating media representing their voices. 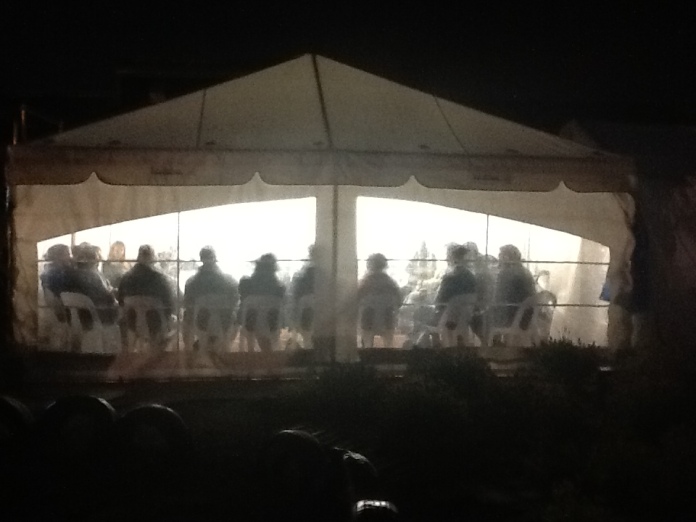 Richard Bartlett kicked off the first presentations and discussions around our themes at 8pm and Heather Hayward and Tessa Peach opened their Picture House, a two person cinema.

To facilitate this we trialled an experiment of taking two people at random out of the discussion and into the Picture House for a quick burst of art video inspiration (thanks to Mark Williams at circuit.org.nz for the curation, Rebecca Ann Hobbs for the work). Conference breakout and speed dating service all in one.