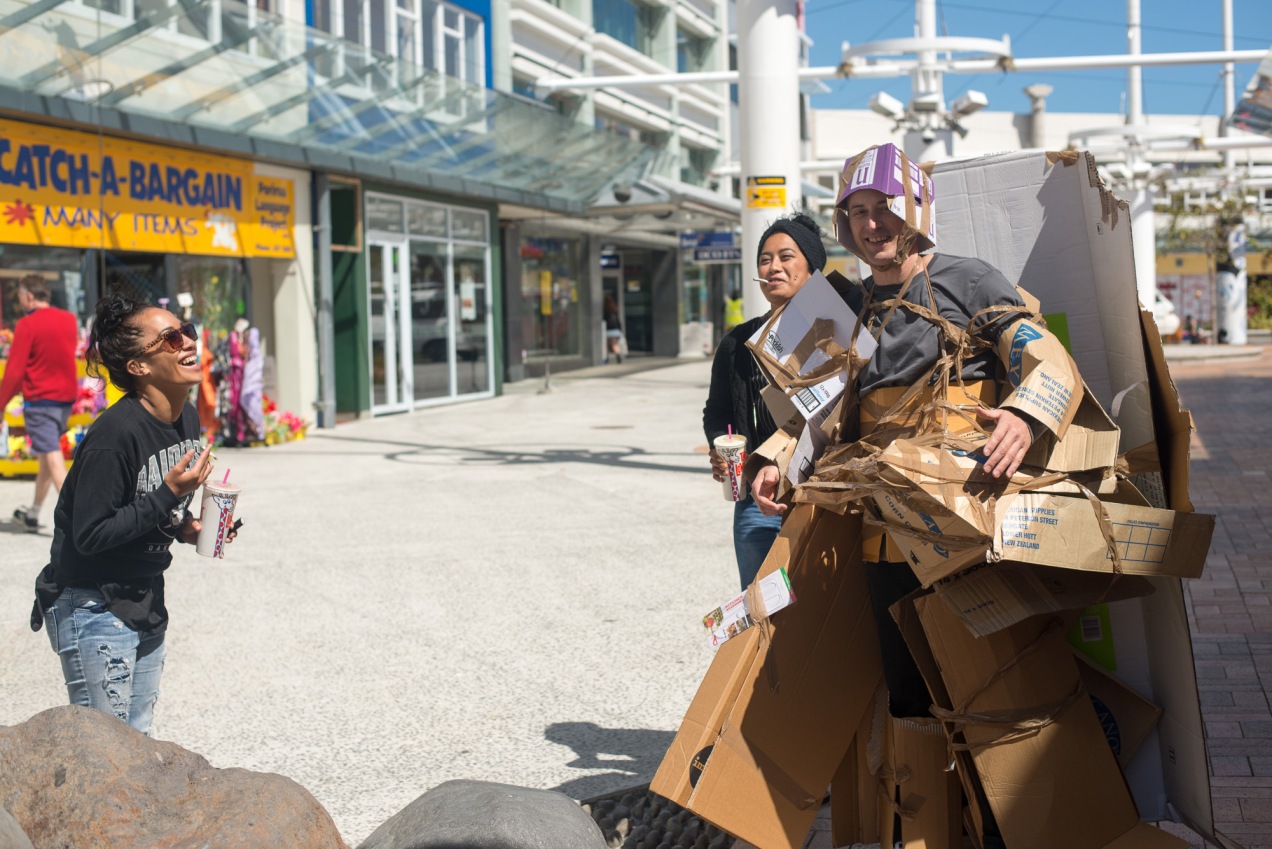 The Fruit of Diversity

For some strange reason, the vast and ever expanding universe that is Porirua is forever being swathed in the old brown cloak of ‘poverty, diversity and ghettoisms”. It baffles me that we live in a country which in attitude juxtaposes the affluent and the stricken, yet we seem ironically surprised when a community is able to nourish both.

Meet the new face of Porirua. His home has brick walls covered in ‘tasteful graffiti art’ or vibrant murals, a reliable public transport system to weave through ever expanding roads, the white hill of Whitby that hides behind a brown Creek of Cannon, a stinking inlet that adds a few million to his property view but robs his grandparents of the taste of home, ‘the tūturu locals’, as he calls them.

His face is clean shaven and fresh, lips curled to a smile, his eyes gleam the reflective dance of a sunny wave as it wafts on the Whittakers breeze. His shirt is stained with the grease of a pie from Waitangirua, his jeans streaked green from a childhood of skidding down hills in Titahi Bay.

This young man would be intrigued by the TEZA project. He might have taken his Aunty to Whānau Kōtahi in the Porirua CBD this week and dropped off bags of clothes. They would have stopped and chatted and discussed the developments. His eyes may have wandered across the rocks to behold a strange man… a man currently being covered in cardboard and duct tape.

He certainly wouldn’t have approached, but he would have listened and watched. He would have heard the man call “Can you give me a hand?” to the strangers walking past. He might have laughed quietly, both dismissive and admiring but appreciating the call for volunteers. His Aunty would hurry him away as the TV3 camera’s showed up, another ‘uplifting brown communities through art’ angle for the masses. Perfect shot.

That afternoon he may have called his sister, the purple haired, green eyed goddess currently of Aro Valley. Her conversation with him, his pleas for a visit and that degree in Social Economics might lead her to the TEZA Hub of a Porirua afternoon, partaking in a lunch time discussion pertaining to the struggles of living and thriving in the artistic realm.

She may have sipped on a guava/banana/acai berry smoothie as her tummy rumbled for the real taste of home and her mind reveled in the encouraging messages of the people still seemingly trapped within it. She may even have asked herself why she needed to leave… was it to be free? Her wanderings may take her along the pink pathway in Sharemart, she may have held hand sewn bags equal to the best of the Cuba boutique. ‘My instagram followers would love this!’ she’d snap, sharing the joy of rediscovering pride in her home.

After dinner with the family that night, the siblings may decide to detour on their way home, eager to participate in another of the summits to be held in the TEZA Hub: a solid serving of environmentalism on the degustation menu. They may have smirked at the constant polite references to the darker of the two as a representative of ‘the mana whenua’.

The pair may have nodded in agreement as a room full of enlightened strangers discussed the meal of every hui-ā-Iwi they had attended since birth. They may have even been relieved and proud that this conversation was happening in places other than the Marae, because they knew that these people would be listened to, when they claimed the faces of change.

Theirs may be a true reflection of the need for a TEZA project. I am confronted by the thought that communities aren’t as black and white as we might like to assume. When the roaring greens of Paekakariki met the slow waves of Elsdon we were treated to a diverse spectrum of art. Porirua should be proud of the seed it has planted and the fruit it has on display this week, if only because it depicts the true projection of its diversity.

These projects each contain unique aspects of human character and expression, regardless of social standing, race or financial distribution. Porirua is a nest of creative hives and to celebrate it as such is so refreshing, especially in the face of what I would deem to be traditionally monotonous ideals. In a hopeful country where the middle ground is white, it excites me to see Porirua utilised as the azure hub on a brilliant horizon.